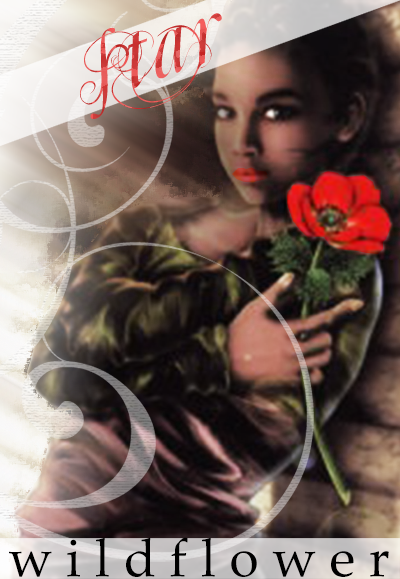 The Wildflowers Series was published in 1999, and was the second miniseries to be released under the VC Andrews name.

It's the story of four girls (Misty, Star, Jade, and Cat) who are going through their parents' divorce and act out in harmful ways. As a result, they are each ordered to see a psychiatrist to work out their problems and be at peace with themselves and their lives. And unknown to them, they would meet in group therapy and become the closest of friends.

The second book of the series is Star and is narrated by Star Fisher. Her story is full of heartache and disappointment in her parents. Her father left them when she and her brother were just little kids. And her mother is an alcoholic who meets a new man and suddenly all her priorities change. She comes home night after night in a drunken stupor, and leaves her children in the care of their grandmother.

Star tries hard to make the best of what she has. She is strong and proud and she tries to hide her pain. But it all gets to be too much for her. She can't find any comfort anywhere. She tries to be the best influence she can on her little brother, she's more of a mother to him than their real mother. But such a responsibility on any young girl is tremendous. She won't be able to handle it forever.

She falls in love with a troubled young man with a similar family life. And it's as though nothing bad ever touched Star, she is happy and in love. But such a feeling will not last for her.

Star's world is filled with disappointment, sadness, heartache, and abandonment. She can't deal. She can't find her way to happiness. She's alone and used and fed up, she is desperate to be rid of the pain...

Star is a brave and strong character. Through her therapy she is able to let go and become free of the past. She makes it through and becomes friends with the other girls in therapy. And the incredible friendship they form becomes her true family.