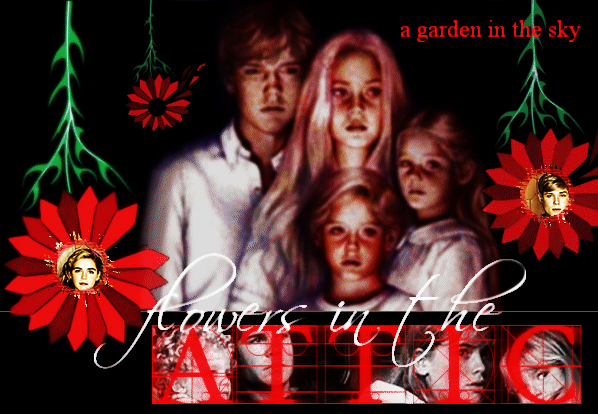 Until 2014, only one movie adaptation of The Dollanganger Series existed: the 1987 film Flowers in the Attic starring Victoria Tennant, Louise Fletcher, Kristy Swanson, and Jeb Stuart Adams. In 2014, the Lifetime network announced the release of four film adaptations of the first four novels in the series.

There has always been much debate on film adaptations. Die-hard fans of novels tend to want the film to remain completely true to the novel. However, film and novels do not adapt the same way. There are events in a novel that cannot translate to film. For this reason, I'm pretty easy when it comes to film adaptations.

I love the 1987 film adaptation, and I also love the 2014-2015 adaptations. I felt they brought many interesting elements to the screen and told the story in a compassionate and dramatic way.

For more information on these films, follow the links below: